People felt empowered to plan journeys that avoid congestion. Test participants reported that they would use the app if it was released. 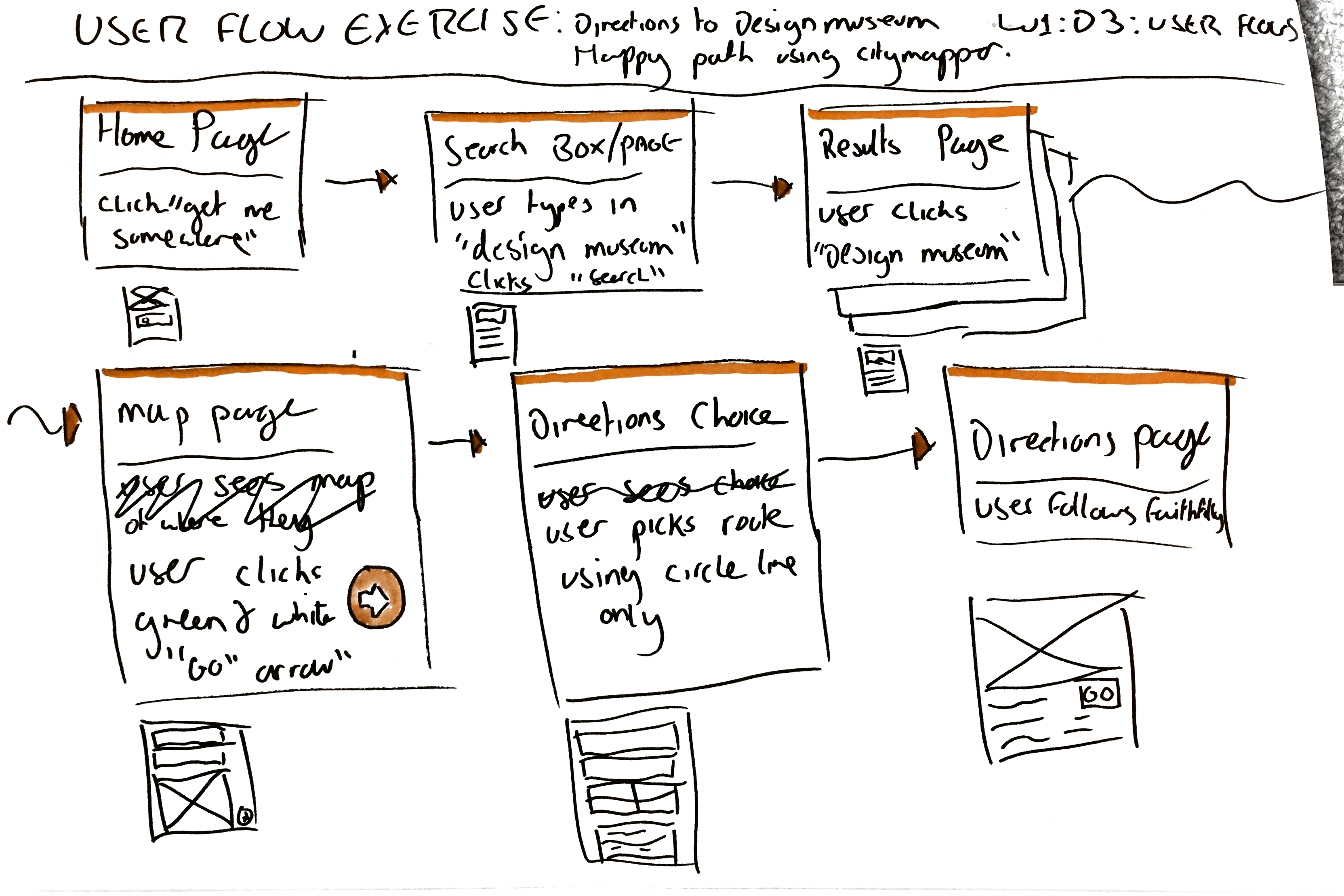 General Assembly asked me to interview my classmate Will about Travel. It was my job to identify pain points in his experience and then ideate and prototype a solution to solve those paints.

Will is deeply upset by congestion when travelling by the underground. He would like to avoid it but isn’t able to with the apps that he uses. Will would go so far as to double his journey time to avoid the congestion encountered while commuting.

Delays frequently occur during Will's comute. He doesn't have faith in the existing tools to inform him about those delays and how best to avoid the congestion that ensnares.

“I would rather take twice as long to not be in a completely rammed carriage where you can't even breathe.” 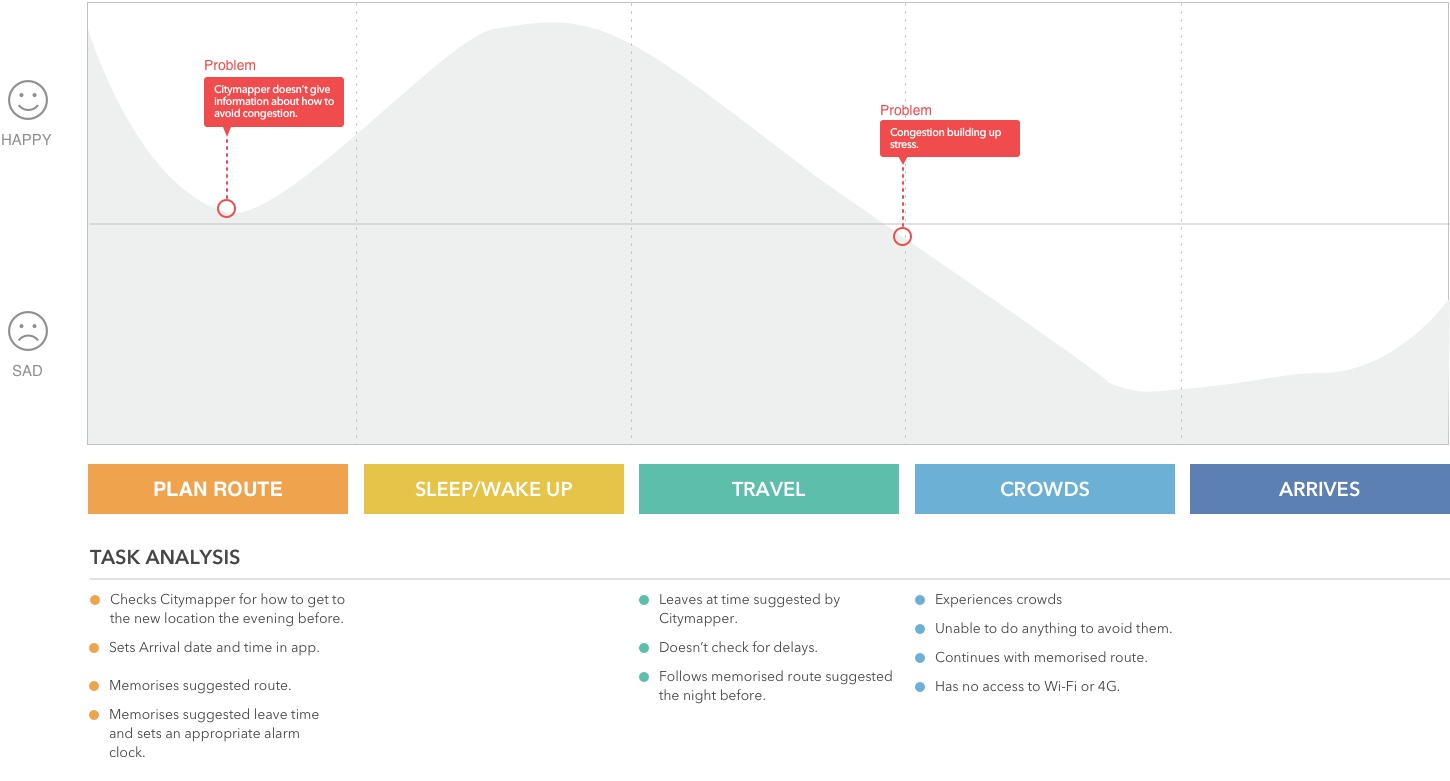 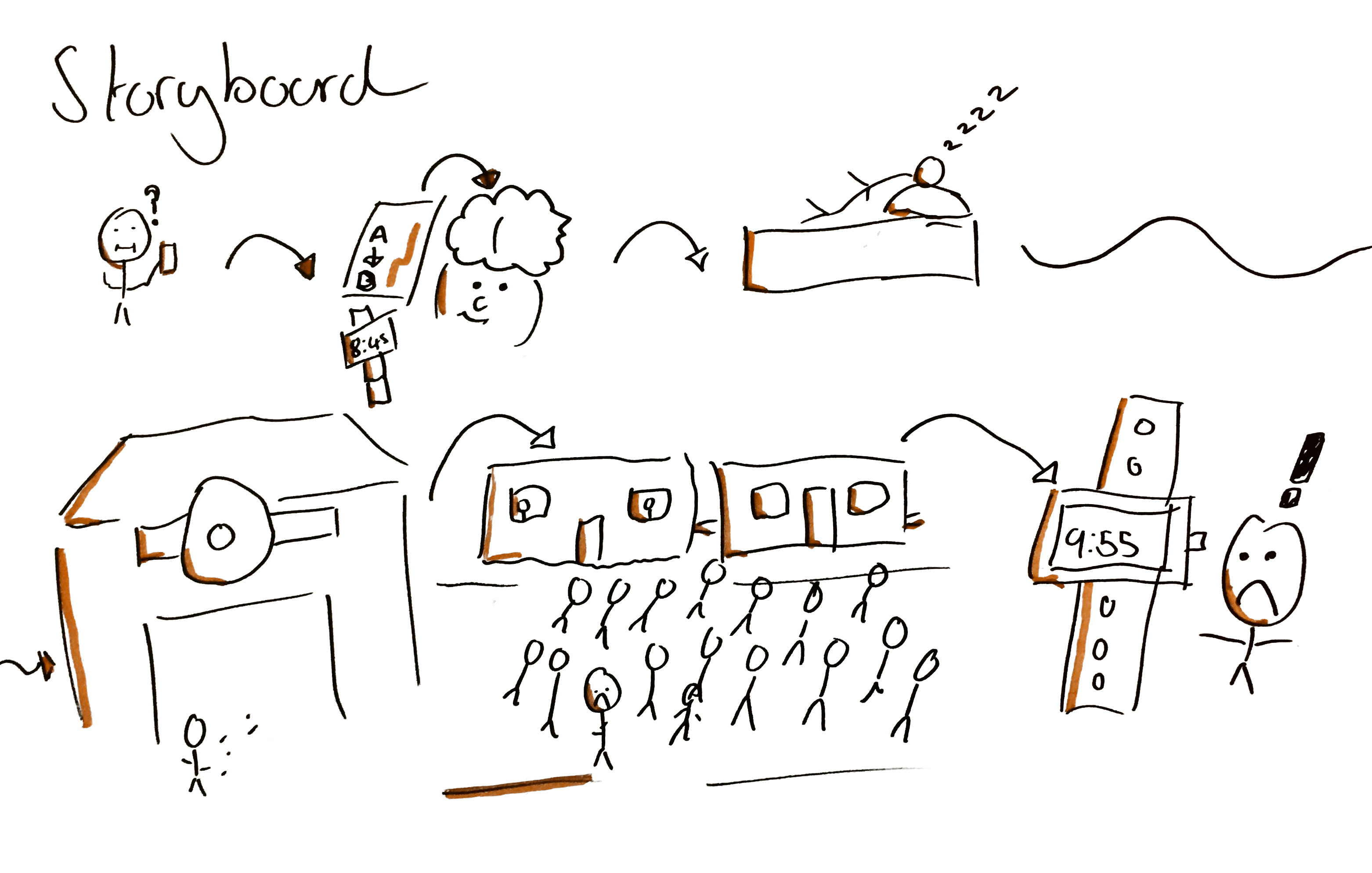 Storyboarding Will's experience to help place his journey in context.

A mobile application was designed and tested during a one week sprint. It empowers users to plan their journeys around congestion levels on the tube.

Testing in context with real journeys would help confirm if users would make these choices outside of the lab environment. It would also be interesting to try some other ideas, for example highlighting places near the destination a user could do work at, or pass-time when arriving early. My hypothesis is that this could provide an added incentive for users to change their behaviour.

Finally, this prototype didn't address Will's lack of information about delays to his journey. An additional sprint would provide the opportunity to ideate a solution.